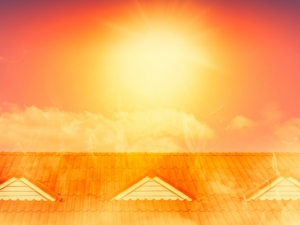 We know that as temperatures rise, so do many health risks: not just for heat stroke and dehydration but also for heart disease, respiratory diseases and deaths overall. But are there special dangers—and protections—for people who take various common drugs? As the influence of climate change becomes more and more apparent, a Penn pharmacoepidemiology team led by Sean Hennessy, PharmD, PhD, has been looking into related, increasingly important questions.

They began looking at the issue in 2014. A study that year using Medicaid data reported encouraging results for the many heart failure patients who take at least 40 mg per day of the diuretic furosemide (also known as Lasix). “Our findings provide evidence that adding potassium supplementation may increase survival rates significantly among patients taking loop diuretics,” said the study’s lead author, Charles E. Leonard, PharmD, MSCE. As part of that research, the team conducted (but did not publish) a post-hoc sub-analysis to see whether the apparent benefit varied according to month—and they found that it was greater in July and August. Health risks are known to increase both as the mercury rises above moderate temperatures and as it falls below—but these post-hoc results, along with climate trends, led the team to concentrate on the effects of heat. Could they find convincing evidence that potassium betters survival rates even more in hot temperatures?

2019 brought further strong suggestions for patients on furosemide. A study led by first author Young Hee Nam, PhD, a postdoctoral researcher in the DBEI, found that the survival benefit of prescription potassium supplements increased as daily outdoor temperatures increased—a time when people with heart disease may be at particularly high risk as they lose potassium when they sweat. The researchers compared data for two groups of Medicaid patients who took that same dose, 40 mg or more, of furosemide per day. One group took prescription potassium, one did not. The team linked these data to zip code-level daily temperature data from the National Oceanic and Atmospheric Administration. They found that above a temperature threshold of 24° Celsius (75 degrees Fahrenheit), the survival benefit was indeed higher when daily maximum temperatures were higher: mortality risk fell by approximately 6% for each 1° Celsius (1.8° Fahrenheit) increase in daily average temperatures between 28°C (82° F) and 43°C (109° F). 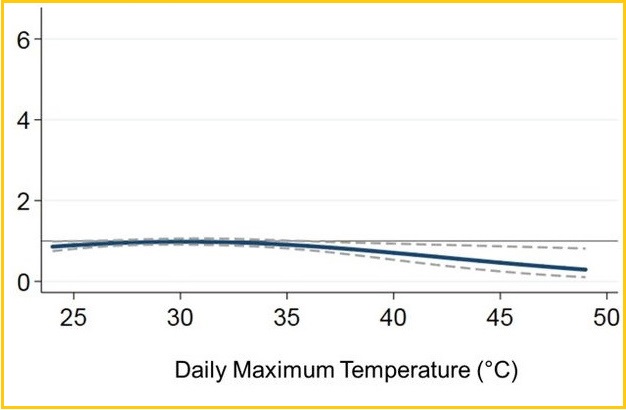 The same year, Dr. Nam also led a study that found it may be especially important for those who need statins—cholesterol-lowering drugs that are one of the most commonly prescribed medications in the U.S—to take those medications on hot days. In a socioeconomically disadvantaged population, the research team found, current statin users had lower rates of death than former statin users (who were in similar in measured indicators of health) when temperatures were high. And this association increased with both daily average temperature and daily maximum temperature.

Further studies are needed to confirm and clarify all of these relationships, the researchers say—looking, for instance, at temperature and potassium interaction in other socioeconomic groups, among people who spend varying amounts of time outside, and among individuals who live in warmer regions and may better tolerate heat. But from another point of view, the specifics the team has already examined may become more and more pertinent as climate change progresses. “Socioeconomically disadvantaged people may be more susceptible to heat-related morbidity and mortality because they may have less access to air conditioning,” Dr. Hennessy pointed out. “As temperatures rise, it will be especially important to protect the people who are most vulnerable: not only the poor but also older adults and those with chronic illnesses.”

Read the 2014 study on furosemide and potassium in PLOS ONE. Read the Penn Medicine press release.

Read the 2019 study on furosemide and potassium in BMJ Open. Read the Penn Medicine press release.

Read the study on statins in Nature Scientific Reports.