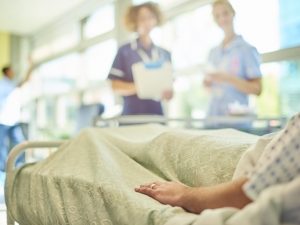 Cases of recurrent of Clostridium difficile (C. difficile), the most common healthcare-linked infection in the U.S., are now cropping up at much higher rates, a Penn study team discovered. The findings underscore the demand for effective new treatment options and the crucial need to make sure they are safe for patients.

The study authors analyzed the records of commercially insured patients via a large, nationwide health-insurance database. They found that from 2001 to 2012, the annual number of recurrent C. difficile cases increased by almost 200 percent, while the incidence of ordinary C. difficile climbed by only about 40 percent. The trend has huge implications: Each year C. difficile afflicts about half a million Americans, causes tens of thousands of deaths, and costs the nation’s healthcare system an estimated $5 billion.

The precise reasons for the sharp rise in the number of recurrent C. difficile incidence are so far unknown. But the authors say the finding clearly points to an increased demand for promising new treatments such as fecal microbiota transplantation—the infusion of beneficial intestinal bacteria into patients to compete with C. difficile—which has shown good results in small studies, but hasn’t yet been thoroughly evaluated.

“C. difficile is increasingly being treated with multiple courses of antibiotics, which signals rising demand for fecal microbiota transplantation, or FMT, in the United States,” said study senior author James D. Lewis, MD, MSCE. The antibiotics metronidazole, vancomycin and fidoxamicin are commonly used to treat C. difficile, but roughly a third of cases recur after initial treatment. “While we know that fecal microbiota transplantation is generally safe and effective in the short term, we need to establish its long-term safety,” Dr.  Lewis added.

Long used in veterinary medicine, FMT involves infusions of fecal matter from healthy intestines. C. difficile appears to thrive in people whose normal, healthy gut bacteria have been killed off or diminished; with FMT, doctors aim to help restore a normal gut bacteria population in the patient and so discourage C. difficile growth. A small study in 2013 found that a single FMT infusion cleared up C. difficile diarrhea in 81 percent of the recurrent patients who received it, whereas a standard treatment with vancomycin worked for just 31 percent.

The American Gastroenterological Association recently set up a formal registry for doctors to report their results with FMT procedures. “It’s a way for practitioners who are performing fecal microbiota transplantation to contribute data to help answer these critical questions,” Lewis said.