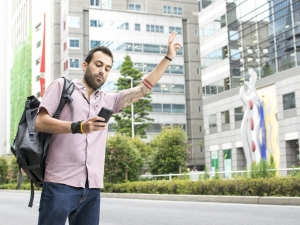 Uber, the world’s largest provider of ride-sharing, or "ride-hailing," reports it has provided more than two billion journeys globally since it began operations in 2010. Studies that have examined ride-hailing's impact on motor vehicle crashes by using data averaged across cities have provided some clues about public safety. However the way drivers use a city’s roadway networks and the spatial structure of the cities themselves can vary widely, this team noted; and ride-hailing may affect crashes differently in different places. The team looked at the specific effects of ride-hailing within four particular cities.

They used state Department of Transportation data from Las Vegas; Portland, Ore.; Reno, Nev.; and San Antonio –cities in which Uber, the nation’s largest ridesharing company, launched, ceased, and then resumed operations. The team looked at the total number of crashes per week as well as rates of alcohol-involved crashes that occurred, during relevant time frames.

Results were mixed. Crashes involving alcohol decreased as Uber resumed services in Portland and in San Antonio, but not in Reno. The researchers found no evidence that Uber’s resumption resulted in fewer total injury crashes or fewer serious crashes.

“Ridesharing is clearly very popular in many U.S. cities,” said lead author Christopher Morrison, PhD, a postdoctoral fellow in the Department of Biostatistics, Epidemiology and Informatics. “This research suggests the technology is likely to affect crashes, particularly alcohol-involved crashes, differently from city to city.”

The authors suggest that these different effects may indeed be due to characteristics of the cities themselves: “For example, in a denser urban center with congested traffic and limited parking, a person may be more likely to use a ridesharing service to get around,” said senior author Douglas J Wiebe, PhD.  Further, the authors write, authorities should assess the specifics within their jurisdictions "before establishing regulations based on perceived or aggregate public-health impact. Future research should seek to identify the key drivers of these differential relationships and the characteristics of cities where the public health impacts of ridesharing are greatest."

“We expect to find that ridesharing will reduce drunk-driving crashes most greatly in urban and suburban locations where the majority of people drive and where previously existing transportation alternatives were limited, inconvenient or costly,” comments co-author M. Kit Delgado. In general, he adds, any policies or programs that enable people to use safe, convenient, cost-effective transportation alternatives to driving, either before or after drinking, will likely lead to significant reductions in drunk-driving crashes.