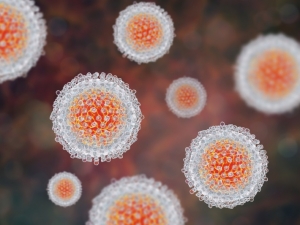 Highly effective direct-acting antiviral drugs for chronic hepatitis C first became available in the United States in 2014. They cure 95 percent of cases and show few side effects for patients. But with costs running between $40,000 and $100,000, both private and public insurers historically have restricted access to these medications, approving them only for patients who have advanced liver fibrosis or have abstained from alcohol or illicit drug use, for example.

More recently, stakeholders and leaders and class-action lawsuits have drawn attention to the problem, and experts believed that with restrictions now relaxed in several states and with greater drug-price competition, insurers’ approval rates would increase. But an analysis of data from 45 states painted a different picture: It showed that private insurers denied coverage to 52.4 percent of patients, Medicaid denied 34.5 percent, and Medicare denied 14.7 percent.

“Despite the availability of these newer drugs and changes in restrictions in some areas, insurers continue to deny coverage at alarmingly high rates, particularly in the private sector,” said the study’s senior author, Vincent Lo Re III, MD, MSCE. “The situation warrants continued attention from a public health standpoint,” he added. “We need more transparency about the criteria for reimbursement of these drugs and fewer restrictions, particularly in private insurance. And we must continue the push in public insurance, if we want to improve hepatitis C drug access across all states.”

The reasons for the higher-than-expected denial rate are unclear, the authors said, but the fact that restrictions on reimbursements vary among the states may be a factor. It’s also likely there were more attempts to treat patients who have less advanced liver fibrosis, have not met sobriety restrictions, or have not consulted with a specialist, they wrote.

In fact, denial rates appeared to be growing. The team’s analysis of prescriptions that 9,025 patients submitted to Diplomat Pharmacy Inc. over a 16-month period, ending April 2017, showed denials across all insurance types increased from 27.7 percent in the first quarter to 43.8 percent in the final quarter.

“From a clinical standpoint, patients with chronic hepatitis C who are denied therapy can have continued progression of their liver fibrosis and remain at risk for the development of liver complications, like cirrhosis, hepatic decompensation, and liver cancer,” Dr. Lo Re said. “Chronic hepatitis C also promotes systematic inflammation, which can lead to adverse consequences on organ systems outside of the liver—for instance, bone, cardiovascular and kidney disease. Further, untreated patients can continue to transmit infection to others.

“Eliminating hepatitis C in the U.S. is a feasible goal,” he added, “but that’s going to be hard to achieve if payers are not reimbursing for the treatment.”