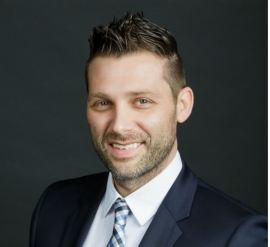 Dr. Leonard is known for his work in the comparative safety of medical products among disadvantaged and older adult populations, specifically in the areas of drug interactions and drug-induced sudden cardiac arrest. He has served as principal investigator (PI) or co-investigator of grants and contracts on these topics for greater than 15 years. In 2015, Dr. Leonard was awarded the American Society for Health-System Pharmacists (ASHP) Foundation’s Drug Therapy Research Award for work examining sudden cardiac arrest among concomitant users of loop diuretics and potassium supplements. In addition to these areas of primary interest, Dr. Leonard has investigated drug-induced bleeding and thrombosis, drug-induced renal disease, drug-induced respiratory disease, instrumental variable and high-dimensional propensity score methods for pharmacoepidemiology, and the trend-in-trend research design for causal inference, among many other topics. In 2019, the University of Florida named Dr. Leonard the inaugural Abraham G. Hartzema Distinguished Lecturer in Pharmacoepidemiology, an accolade bestowed upon an eminent scholar using big data to evaluate drug safety in real-world populations.

In addition to his roles in the Department of Biostatistics, Epidemiology and Informatics and in the Center for Clinical Epidemiology and Biostatistics, Dr. Leonard serves in several other capacities at the University of Pennsylvania: on the faculty and executive committee of the Center for Pharmacoepidemiology Research and Training (CPeRT), as a faculty member of the Institute for Translational Medicine and Therapeutics (ITMAT), as a core faculty member in the Center for Therapeutic Effectiveness Research (CTER), as senior fellow of the Leonard Davis Institute of Health Economics (LDI), and as fellow of the Institute on Aging (IOA). He is a special government employee of the U.S. Food and Drug Administration (FDA) and a council member of the Board of Pharmacy Specialties (BPS). He is an executive editor of the British Journal of Clinical Pharmacology and an associate editor of Pharmacoepidemiology and Drug Safety.