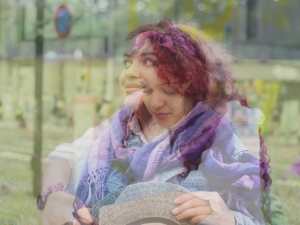 With more and more population-based data available from actigraphy—which measures our movement via wearable devices—scientists are increasingly questioning how physical activity influences our health and the role it plays in psychiatric health, in particular. For instance, we now know that among people with bipolar disorder, activity is significantly disrupted.  A 2017 study led by Haochang Shou, PhD, pointed toward activity dysregulation as a potential biomarker for the disorder.

More recently, Dr. Shou teamed with many of the same investigators on a study that could further refine and expand our understanding of that link, by adding mood measures. The researchers tracked motor activity, energy, mood and sleep in real time in order to examine the interrelationships between biological systems and how such relationships differ among people with bipolar disorder or major depression. Using real-time monitoring with actigraphy and electronic diaries, the team examined how each of the systems related to changes in the others across the day, based on time-lagged analysis after controlling for variations among the subjects. They studied 242 community-identified adult subjects who had bipolar disorder (54 people), major depressive disorder (91 people) or no history of mood disorders (97 people, the control group).

Comparing those with disorders against the control group, they found bi-directional associations between higher self-reported energy and higher levels of motor activity in the next time period. Mood changes were not associated with changes in motor activity or sleep—but motor activity levels were seen to influence subsequent mood states. The inter-relationships were substantially greater among people with a history of bipolar disorder than in the controls, indicating that it may be greater cross-system reactivity, not dysregulation of any one system alone, which characterizes bipolar disorder.

The findings suggest that interventions focused on motor activity and energy may be more effective than current therapies that target depressed mood, the authors wrote. This work was unusual in that most clinical studies of these conditions haven’t focused on the dynamic associations among these systems—and it will it will be important to track multiple regulatory systems both actively and passively in order to design therapeutic targets, the authors commented.

Their work together has led to the formation of an international collaborative research network, the mobile-Motor Activity Research Consortium for Health (mMARCH). Initiated by the National Institute of Mental Health Intramural Research Program in collaboration with Penn biostatistics and Johns Hopkins University, the consortium aims to enhance the generalizability of the present findings (with respect to state vs. trait, sex differences, subgroups of mood disorders, and geographic and seasonal variations) and to extend this work to other mental and general health conditions.

“This work was built on the joint expertise of a highly collaborative team and was one of the first to examine multiple biological systems in mood disorders via real-time tracking data,“ Dr. Shou commented. “With a much larger number of studies and more data being assembled through mMarch, we will have the opportunity in the future to disentangle the direct and indirect associations between mood, activity and sleep—and to understand the short-term and long-term implications of motor activity on health.”

Read the older study about how differences in activity patterns may point to biomarkers for bipolar disorder.